Are you worried about the mounds of dirt in your grass? Seeing such mounds in your grass is an extremely unpleasant sight. This is why you need to do something about it.

They could be either Mole mounds or Gopher mounds, but which one? But, before you do anything to get rid of them, you need to first identify which critter is wrecking your lawn. While both of them are rodents, they can differ in many ways. One of the main differences is the kinds of holes they make. A gopher hole is different from a mole hole.

We have listed the basic differences between the two rodents below which will help you identify them. If you are interested in knowing, then keep reading.

What Are The Differences Between A Gopher And A Mole?

While a gopher and a mole may look the same to you at the first glance, they are quite different from each other. Identifying these differences is important if you want to know whether there is a gopher or a mole infestation at your house or your garden. Once you know whose infestation it is, you will be able to get rid of them easily.

1. Difference Of The Looks 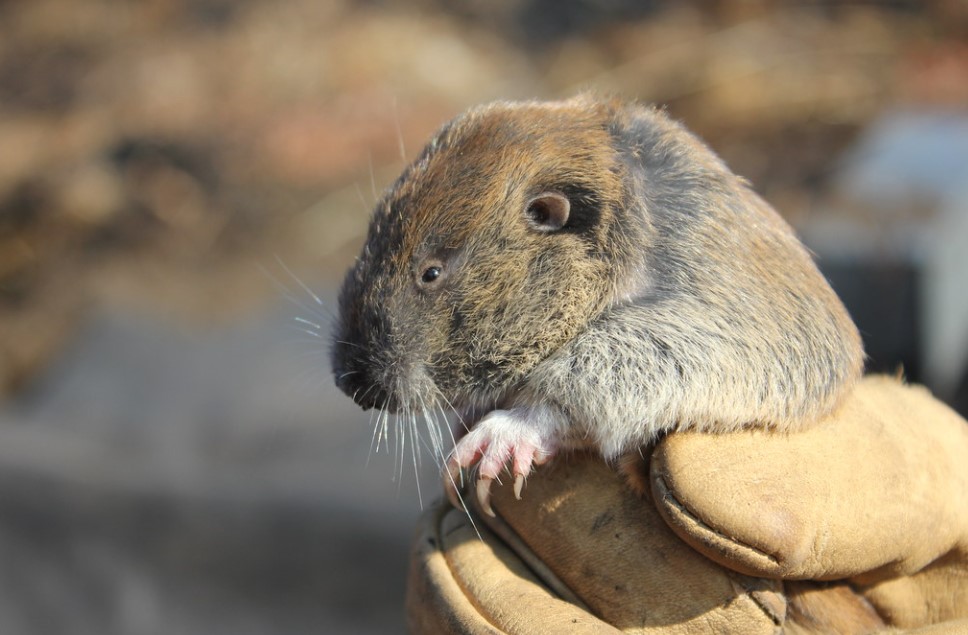 Although a gopher and a mole might look the same to you at the first glance, these two rodents are actually quite different from each other if you look carefully.

Gophers are mainly of medium size. The most common type of gopher that you will find is the pocket gopher. So, if you have a gopher infestation in your home or your garden, chances are that’s your culprit.

These pocket gophers can grow as long as 14 inches. The smallest pocket gopher that you will find will be 5 inches. These gophers also have the ability to close their lips beneath their teeth. This ability allows them to burrow in the soil without getting any dirt in their mouth, and how they make mounds of dirt in your garden. 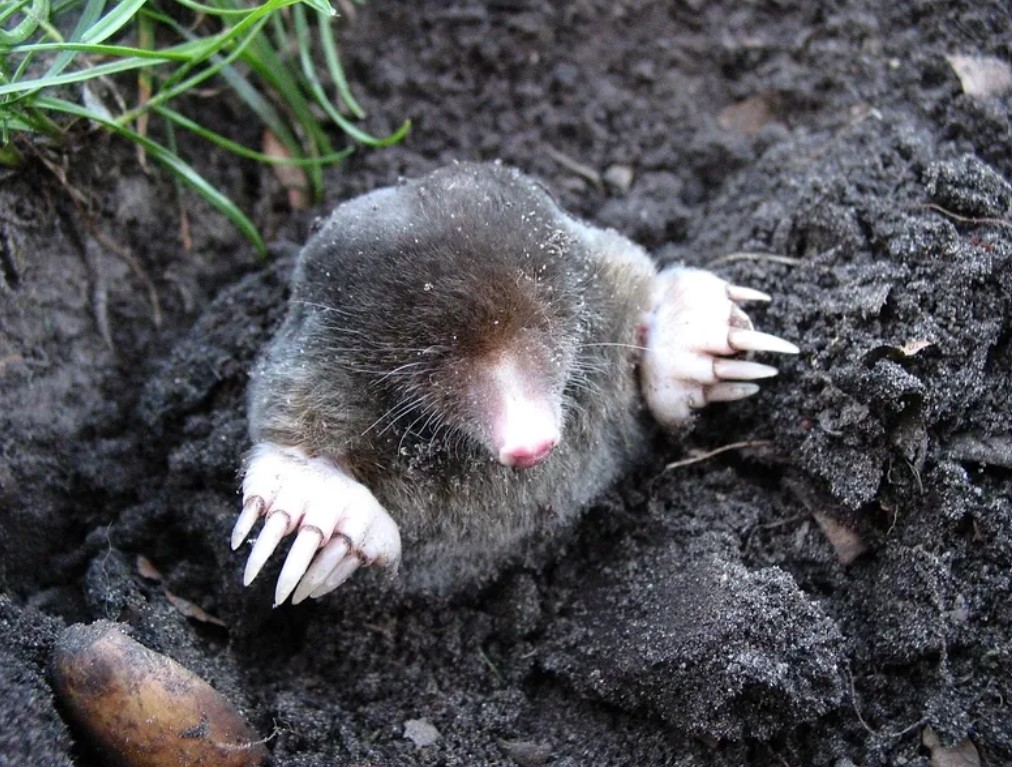 On the other hand, moles are somewhat smaller than gophers. As these moles belong to the shrew family, their size is smaller as well. A mole can grow up to 8 inches long, which is quite less than the size of a gopher. If you look closely at a mole, you will notice that their noses are pointed and hairless too.

The snout is the best way to distinguish between the two rodents. While gophers use their teeth to burrow in the ground, moles use their paws.

The paws of moles are large and broad, which helps them to burrow through the ground easily. Apart from this, moles have smaller eyes and ear canals. Their ear canals are often covered with fur. While the incisors of gophers are always visible, this is not the case with moles.

Both gophers and moles are extremely hard to spot, as they spend most of their time underground due to their fossorial nature. But you do not need to wait for these rodents to come out in the open to differentiate between them, as you can do it by looking at their holes too.

Gophers build an extensive tunnel system and construct underground burrows where they hide from human beings. The burrow of a gopher includes the main tunnel that is positioned below the surface.  This tunnel connects the lateral burrows, and is usually 4 to 18 inches below the surface. The lateral burrows end with soil plugs. This is why you often find mounds of dirt on the grass of your garden.

These gopher mounds are 10 to 20 inches in diameter, and you will find these dirt mounds more during the spring and the summer season when these gophers are more active.

On the other hand, the hole of the moles is in the shape of a cone. The diameter of these holes is about 2 inches on the surface. The mole mounds are also known as molehills by many people because of their cone-like shape.

Most moles prefer to burrow where the soil is coarse and where earth clods. But, unlike gophers, moles will not create numerous mole mounds. Instead, they build ridges that are raised. These raised ridges are also known as surface tunnels.

These surface mole tunnels that the moles create are usually 16 to 18 inches deep. This is what sets the hole of moles apart from the hole of gophers.

What Are The Damages Caused By Gopher And Moles?

If you have a gopher or a mole infestation in your house or yard, then they may damage your seriously property. This is why you need to keep a lookout for their infestation and get rid of them as soon as possible. You won’t believe it, but a gopher can build more than two-hundred mounds of dirt in your yard in one year.

Imagine the damage it can cause to the soil of your yard. Gophers also love eating your vegetables. So, if there is an infestation of gophers present in your home or yard, all your vegetables will be destroyed as well. on the other hand, while moles are rarely visible to you, gopher tunnels can disturb the grass and the roots of your plant. This is why it is extremely important to get rid of their infestations.

How To Get Rid Of The Gophers And Moles Infestations?

Getting rid of the gophers and moles infestation becomes extremely important because of the damage caused by them. If you also want to know how to get rid of their infestations, then we have suggested some ways for you. Let’s take a look at them below.

1. Get Rid Of Them With Barriers

The most common way to keep the gophers and moles out of your yard is by building a barrier in your yard. But, building a barrier is not an easy task. There are many difficulties involved with this method. You need to be careful about the depth of the barrier that you build.

It should be deep enough so that gophers and moles are not able to go beneath it and create the holes for themselves. A barrier that is only deep is not enough. It should also be tall so that the moles and gophers cannot climb over it and enter your yard.

2. Get Rid Of Them With Natural Predators

If you have a mole or a gopher infestation at your home which is getting out of hands, you can try to get rid of them with the help of natural predators. Snakes, cats, and owls are the natural predators of these rodents.

So, if you notice a mole or a gopher in your garden, you might need to adopt a cat. This cat will chase away all these moles and gophers from your garden.

3. Get Rid Of Them By Hiring A Pest Control Company

These above remedies might not be working because gophers and moles can be extremely tricky to catch. If  these rodents are still not leaving your garden, then hiring a pest control company is the only option left to you. They will deal with these rodents most professionally and efficiently, and you will get the ownership of your garden back.