Best Way to get Rid of Mice in Attic 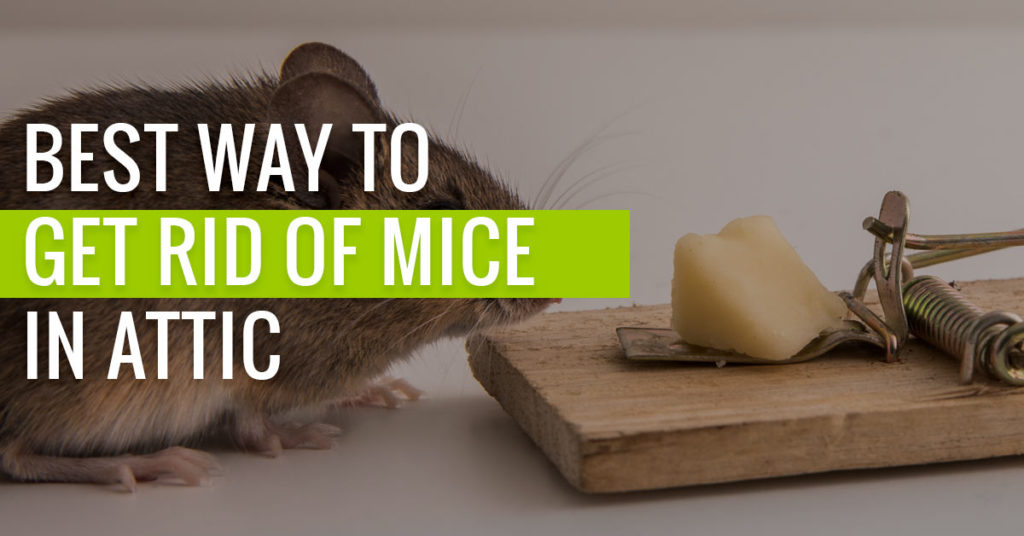 It’s a normal day and you’re relaxing at home. Suddenly you hear scurrying, scratching and squeaking above you. It’s all the ‘s’ words you don’t want to hear in your home. Unfortunately, it means you have a pest problem. And, this time, it’s mice.

Here at Pest Resources, our aim is to provide you will all the information and tools you’ll need to effectively get rid of your pest problem and prevent the chances of another. So, this article is all about how to get rid of mice in your attic.

A brief Introduction to the World of Mice

North America has 8 common species of mice ranging in size from 4 to 11 inches long. Each has their own habitat, food cycle and predator, meaning it’s important to know which ones are going to cause you and your home the most harm.

Here are the 8 most common species of mouse in the US:

However, it’s the deer mouse and house mouse we need to focus on. For one, they are the two species most likely to burrow as mice in your attic through entry points and cracks around your home.

When a mouse has entered your home, they will bring all manner of diseases such as the hantavirus, lyme disease, fleas, lice and bacteria.

Both breeds of these mice also have their own predators they attract such as; foxes, birds, cats and snakes. All can cause further damage and contamination to your home. Therefore, it’s important you identify an infestation and begin your plans to exterminate as quickly as possible.

How do Mice Burrow into Our Attics?

After you’ve determined you have mice in your attic, you’re probably wondering which mice are there, how they got there and how to get rid of mice.

Well, to begin with, deer mice have a brown back, white belly, large eyes and large ears. But they are still one of the smallest common mice found in America with adults spanning 5 to 8 inches.

House mice, on the other hand, can be differentiated by their fur: it’s dark grey, in comparison. And, they are visibly smaller than the deer mouse. Therefore, it’s possible for them to enter the house through a crack as small as ¼ of an inch in the wall.

In fact, there are many ways these little creatures can get in. For example:

Once these pesky mice are in, your attic provides the perfect burrowing space. Mice like warm, cozy, solitary and enclosed spaces. So, your attic’s insulation or storage boxes will be perfect. Not only this, but as heat rises, the attic is warmest place in the house which is it perfect for burrowing during the cold. Then, they’ll simply leave and return through these entry points to collect food.

How Can You Identify a Mouse Infestation in your Attic?

There are stark warning signs indicating a mouse pest problem in your house. In fact, there’s three senses you should pay particularly close attention to:

As mentioned, your first indication of a problem might be the sounds of scurrying above your head. Particularly at night as the mice are active.

Mice emit a slightly musky smell. So, if you smell damp or musky odors, you can try to follow your nose to the nesting area.

Just like us, mice need to relieve themselves. So, if you go up into your attic and find lots of small black pellets you didn’t place, you have mice in your attic

What are the Most Common Ways to Get Rid of Mice?

Whether it’s a store-bought piece of equipment, exterminator’s choice or homemade and humane remedy for mice in your attic, there’s only two types to choose from.

It’s either a trap or a poison. While many favor traps due to their obvious success and easy removal of a body, poisons can be more humane while working equally as effective. These can be important considerations for taking care of mice in your attic, especially if your attic is easily accessible by pets and children.

To get rid of mic, you’ll need to choose a trap or a poison and see what the American market has to offer:

This is the most iconic form of mouse control. They are simple and re-useable wooden traps that house bait and lure mice. When the mouse tries to eat the bait, it will trigger the snap function and get caught. Sometimes death is instant but there is no guarantee.

Also called glueboards, these traps are pieces of card with a sticky residue on it. When a mouse runs over the board, its feet get stuck and they’ll not be able to move. Unlike the snap trap, it can lead to a slow and painful death. As well as this, they are non-reusable and often use harsh chemicals.

Similar to the snap trap where the trigger closes a metal bar onto the mouse, it closes a door behind the mouse, meaning they can no longer leave. It is perfect for those not wanting to exterminate but set them free. This trap can harvest multi-kill and release capabilities and are re-usable.

These are small blocks of bait which are very tasty to mice. According to the National Pesticide Information Center, bait blocks work by featuring an anti-coagulant to cause internal bleeding. Benefits include being fatal to mice within a day and being able to bait multi-kills. However, as mice retreat to their nest after eating, many homeowners never find the corpse.

This very efficient trap can house multiple mice at once and will then electrocute them. They are quite new but have been praised for their ease of use, fast elimination and quick kill method. While there may be a slight burning smell, the trap can be removed and cleaned.

The final trap involves a CO2 gassing system. Just like the electronic multi-kill trap, it involves a large box to house multiple mice in your attic. The mice are lured into the container with bait and a trigger response closes the door. Then, the gas is released causing a quick and painless death.

In order to set-up your mouse trap, place a small amount of food into the trap. Many departments of health across the States recommend using pea-sized amounts for the smell. More could lure further unwanted guests such as flies or cockroaches.

After setting your trap, place them in ‘trigger zones’ the mice are likely to walk around. For example; along walls, skirting boards, near cracks or at the door of the attic. Then, it’s a case of playing the waiting game and continuously checking for the signs of their presence.

How Can you Prevent Another Infestation of Mice in your Attic?

A final step to getting rid of mice in your attic involves sealing entry points and previous tunnels. This will prevent the infestation from re-occurring while stopping the mice from leaving for food.

This can be done by trimming nearby trees and shrubs, so it is no longer easy to get to your roof or pipeline. Then, take some filler and fill the holes in your home.

And, there you have it. A guide to getting rid of a mouse infestation. However, here at Pest resources, we suggest contacting your local exterminator. They can evaluate your infestation and advise the best choice of trap.

So, don’t forget to check for signs, identify your pest, choose a trap and close the entry points!

Keep coming back for more tips, tricks and pest control advice to dealing with your unwanted guests (in-laws not included). 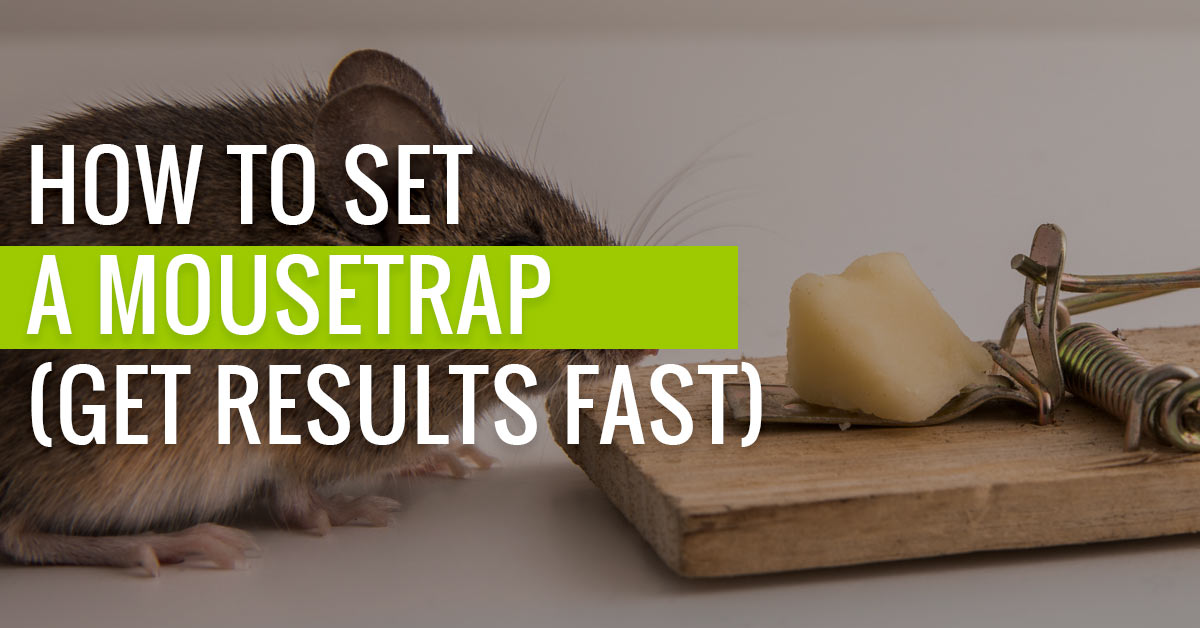 How to set a mousetrap