How Long Do Spiders Live? (Discover the Truth) 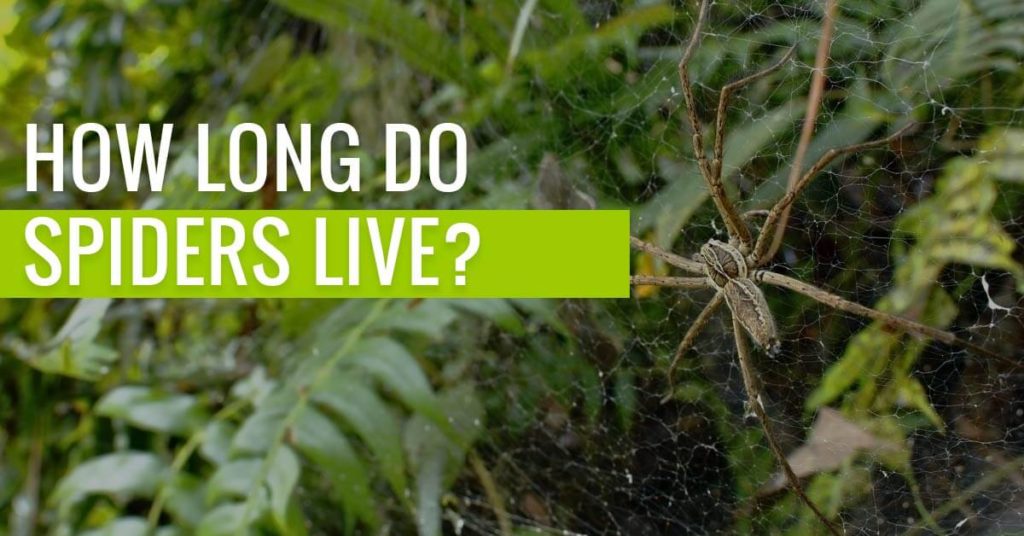 So, you’ve been shacking up with a spider and didn’t even know it—yikes. If you’re as squeamish around arachnids as the rest of us, you may not have the courage to actually seek out the spider and dispose of it. At least spiders don’t live long, right?

Unfortunately, the common lifespan of house spiders is between one and two years. That’s not exactly a short period of time to be sharing a room with Mr. Eight Legs over there. Whether you’re considering pest control or are simply curious, you’ll want to know more about the lifespan and habits of the spiders who share your home.

In this guide, we’ll take a look at a comprehensive overview of spider lifespans and lifecycles, as well as go over some effective extermination methods that can help you rid your home of these terrifying arachnids.

Though the common house spider lives only one to two years, there is considerable variability in the lifespan of spiders. In fact, one spider in Australia (where else?) was proven to have lived 43 years. Talk about bad roommates. Specifically, there are a number of factors that can influence whether a spider lives one or several years, including:

Unless you’re in Australia, it’s likely you don’t have to worry about a four-decade-long spider problem. In fact, most regions (including the US) see typical spider lifespans top out around the two-year mark. Still, certain places that are rich in food and proper habitation see these lifespans increase, sometimes dramatically. In the American South, for instance, the female black widow can live up to three years, which is a year longer than her other house spider friends.

As mentioned, the number of available resources can greatly affect how long spiders live. It’s as simple as this: a lack of food to eat and proper nutrients leads to an early death. While it’s true that most spiders can live a couple of months without food (don’t try this at home, folks) and some can even live years without a meal, most arachnids can’t go long on sustained malnutrition. These arachnids don’t need to eat often, but they still prefer areas with lots of insect traffic.

House spider lifespan also depends on the breed and mating style of the spider. While brown recluse spiders tend to live between one and two years, for instance, their black widow counterparts can live between one and two years longer—but only if they’re female. Like those of other spider breeds, female black widows are known for killing their mates after procreation. This means that female spiders generally live longer than their male opposites.

The good news? This means those male spiders in your home may soon disappear. The bad news, of course, is that this almost certainly means there’s a mating female around.

Understanding this, it’s time to take a look at a typical spider life cycle. Whether a spider lives one year or twenty-five (as do some pet tarantulas), they typically follow common lifecycle patterns. Generally speaking, all spiders go through three primary lifecycle stages: eggs, spiderlings, and adulthood. Let’s take a look at each to get a better idea of how spiders live:

You may have seen those tiny, almost cotton-like egg sacs, which are actually made of silk, in the dark areas of your house before. These eggs are often laid by the dozens at a pop during mating season (which is in the fall for many house spiders). Female spiders love laying eggs in dark and secluded areas, such as under furniture, in basements and attics, and anywhere else that affords security. Generally, spiderlings (a cuter-than-expected name for baby spiders) will hatch out of an egg sac after an average of two weeks—not much time on your part if you’re looking to rid your place of spiders. Of note, a single egg sac can contain hundreds of spiders, making the mating process extremely efficient from a simple survival-of-the-fittest standpoint.

While some species of spiderlings piggyback on their mothers for ten days on average following birth, many are simply loners from nearly the beginning. These baby spiders look just like their adult counterparts—only smaller and with slimmer abdomens. In some cases, spiderlings will release a thread in order to catch a breeze and float to a new location (though they certainly won’t be doing that inside your home).

It’s not uncommon for spiderlings to molt upwards of ten times before they reach maturity. This term refers to the maturation process by which growing spiderlings shed their exoskeletons as they age.

Spiders, particularly females, spend the vast majority of their lives as adults. During this stage, their focus will shift toward mating and propagating the species. Adult spiders also spend much of their times simply waiting in their webs for oncoming prey.

Common House Spiders and Their Lifespans 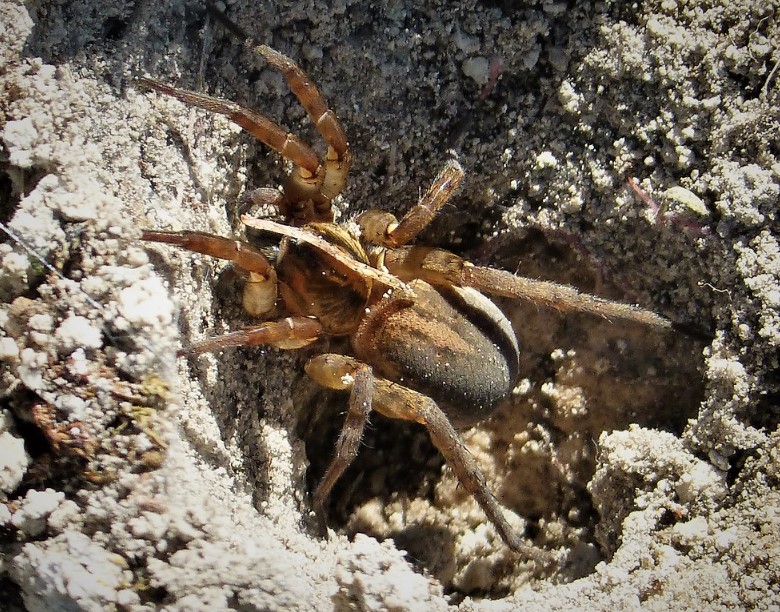 One of the most common house spiders, wolf spiders are also some of the creepiest looking. Large and hairy, these spiders do not build webs, but simply hunt on the ground. This means they spend less time hanging around in the air and more time running through your house.

The good news is that most species of wolf spider aren’t deadly—or even harmful—to humans. A wolf spider bite may cause some discomfort, but the buck usually stops there. These spiders typically only live for about a year, with females typically surviving just over a year and their male counterparts dying just under that milestone.

A spider that you should be worried about in close proximity, particularly if you have small children, these widows are typically found in the American South and Southwest and can do some damage if they attack (including muscle cramps, pain, and even death). Female black widows can live up to three years, making them one of the longest-living house spiders around. It’s easy to tell what these arachnids look like due to their distinctive black color and signature red dot on the underside of their abdomens.

When it comes to long-living house spiders, however, few can top the domestic spider, or barn funnel weaver. One of the most common house spiders anywhere in the word, this species can live up to five to seven years if left alone. Barn funnel weavers are typically found in windowsills or related areas, where they spin funnel-shaped webs to trap their prey. 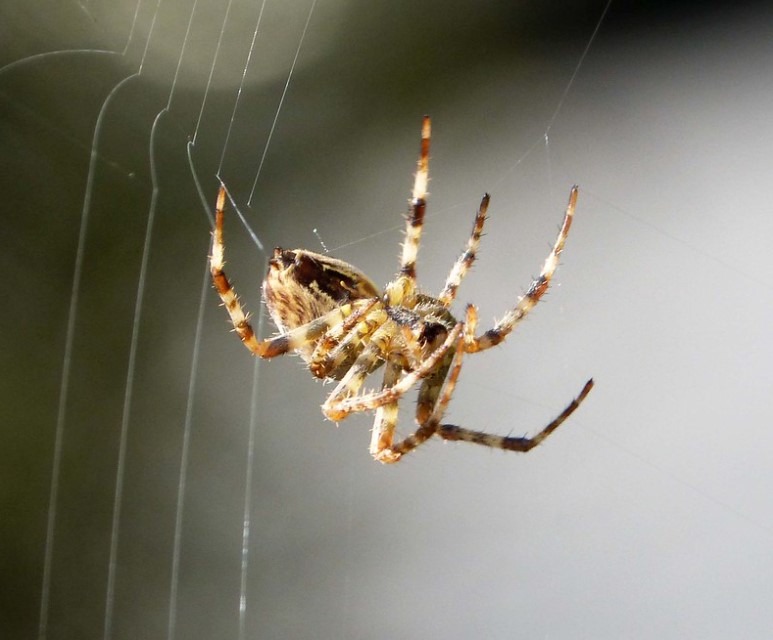 Another hated spider, brown recluse spiders can cause necrosis of the tissue, swelling, and pain if they attack. Females generally live for a couple of years, with some living a little longer. Like widows, these spiders are typically found predominantly in the American South.

How to Get Rid of House Spiders

If you don’t have a couple of years to wait on Charlotte to leave her web, you’ll want to take action in order to facilitate a spider-free environment. Keep in mind that it’s virtually impossible to eliminate spiders entirely from your home (nor do you want to). Still, following the upcoming tips can help you and your family stay safe (and less disgusted) in your home:

Sometimes, the solution to our biggest problems is also the simplest. Spiders love clutter, meaning you’re more likely to find them indoors if your house is a mess. For this reason, make sure to keep your home clean, free of clutter, and devoid of cobwebs and egg sacs.

Whether you buy them at the store or make them yourselves, sticky traps are a great way to stop spiders right in their tracks. Place them in dark areas, under furniture, and in places such as windowsills that receive lots of light for best results.

Want to make your home smell better and get rid of your eight-legged friends? You can do this with the right combination of essential oils. Consider combining rosemary, peppermint, and other essential oils for a nice, fresh smell that you will love and your spiders will hate. These strong scents can drive spiders outdoors and away from your house. Note that this trick also works with garlic, but you may not want to ingest garlic fumes all day (and your guests certainly won’t).

Remember what we said about cleaning? You can make life even easier with consistent vacuuming. If you’ve got a hand-held vacuum, especially, you’ll be able to reach into those hard-to-access areas where spiders like to hide and suck them away for good. Vacuuming is also a great way to dispose of eggs before they have time to hatch.

As it turns out, spiders can live a long time. Depending on the breed, region, and particular mating habits of a house spider, these arachnids can live up to three years, with most dying off around the two-year mark. If you’ve noticed spiders in your home, you can bet that spiders of all ages reside with you within your walls.