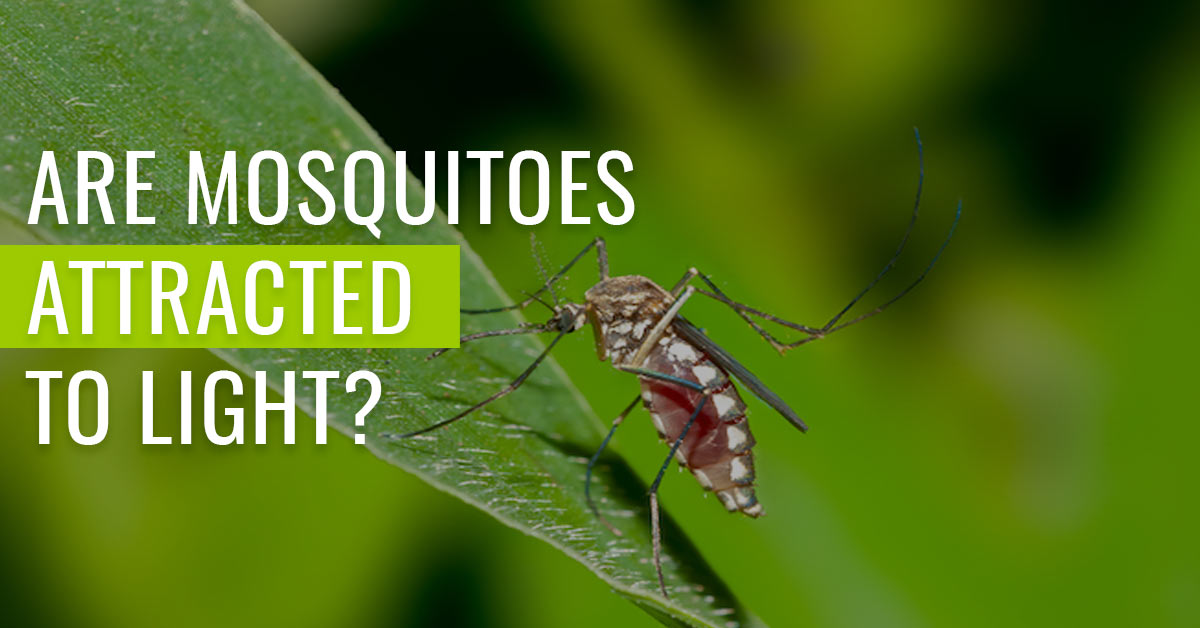 Mosquitos can be one of the most annoying parts of life, especially in the summertime when these critters arrive to attack all of your outdoor events.

Mosquitos are disliked by everyone. You are likely to come across mosquitos every time you are in your backyard, or even when you are out camping in your tent.

In times like these, one cannot help but wonder: is there any way to get rid of these mosquitos?

The truth is that as much as we all want to get rid of mosquitos, there is more that we need to know about them.

Instead of trying all the mosquito repellents in the world, it is important to understand what exactly attracts mosquitoes towards us.

Mosquitoes are one of the most stubborn insects known to mankind. This two-winged fly has up to 3,500 species that are categorized into three sub-families: the Calucinae, the Anophelinae, and the Toxorhynchitinae.

The mosquito bites that we experience normally come from female mosquitos. This gender of the insect is known to suck blood from humans until they have enough to develop eggs and reproduce.

The worst part about the situation is that female mosquitoes feed at dawn, dusk, and night – so avoiding a mosquito bite becomes rather difficult. If you are bit by a mosquito, you are also at risk of contracting a variety of deadly viruses, including malaria.

Over the years, we have heard several people tell us that mosquitoes are attracted to certain colors and lights. If that is true, there must be a way to avoid having mosquitos all around us by avoiding certain clothing or switching our light bulbs.

Why Mosquitoes Use Light

Have you ever noticed how mosquitos often come out to bite us during the night? The main reason behind this is that mosquitoes tend to avoid light during the day.

You will find that mosquitoes are most prevalent during the times of the day when direct sunlight is low, meaning that these small insects like being in quiet, shady areas. Being exposed to direct sunlight would mean dehydrating and dying – which is why mosquitos are often seen during the night. 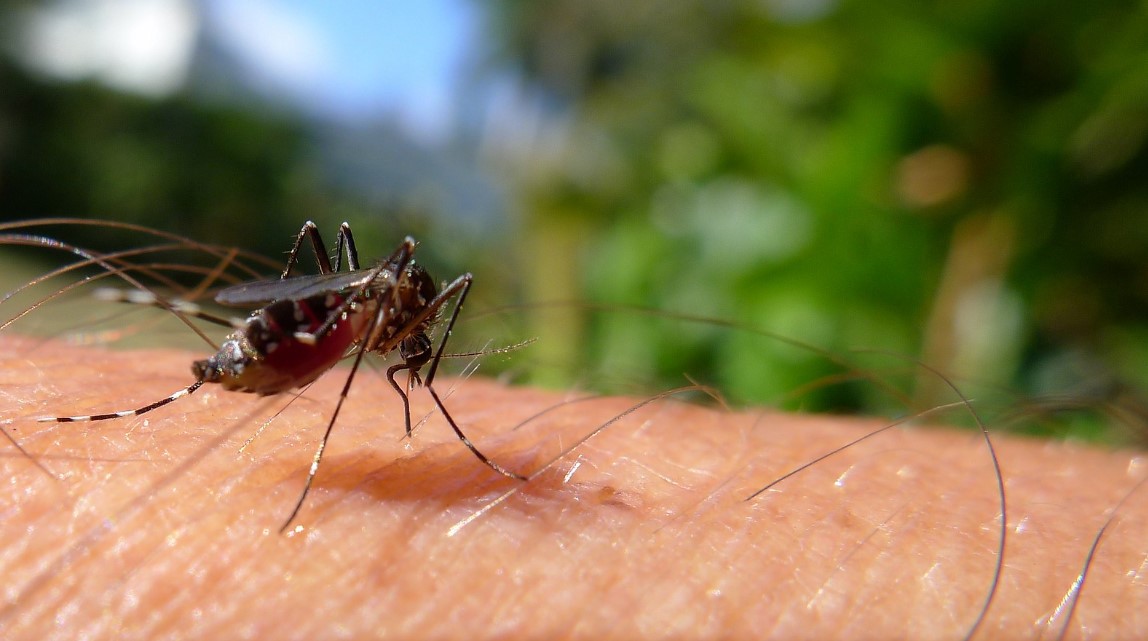 While most people believe that mosquitoes are attracted to the light, that is far from the truth. Mosquitos do use light sources to help them navigate from one place to another. However, there is more to understanding mosquitos than we normally think because insects do not perceive light sources in the same way that human beings do.

Since mosquitos tend to come out during the night, they use natural light from the moon and stars to travel around. They carefully angle themselves according to the natural light that their tiny eyes can perceive, and eventually find their way towards us to feed on blood.

As explained earlier, mosquitos are neither attracted nor repelled by light sources. Instead, they perceive light in an angular manner that allows them to navigate through different areas.

Since natural light coming from the moon and stars is so far away, it helps mosquitoes see the world more clearly. Artificial light, however, can derail mosquitos because it takes away their ability to maintain a steady angle that allows them to perceive the world.

To answer the question, mosquitos are not actually attracted to light. Instead, they use natural sources of light to make sense of the environment and are often confused by the presence of light bulbs and other artificial light sources in our backyards or front porches.

What are Mosquitoes Attracted To?

Instead of light, mosquitos are actually attracted to carbon dioxide. The reason why these flying insects are able to detect the presence of humans is that we are constantly emitting carbon dioxide via the air we exhale.

Mosquito repellents and traps tend to use carbon dioxide to attract insects. As the mosquitos confuse the traps as humans, they make their way towards the trap and are effectively killed.

It should also be noted that mosquitoes are attracted to human beings through sweat, body heat, and body odor. They use their sense of smell to find humans and animals to prey on.

There has been much speculation over whether UV light is able to attract or repel mosquitos. This theory is directly linked to the three photoreceptors that mosquitos have: the UV-, green-, and blue-sensitive photoreceptors.

More scientific research suggests that the spectral sensitivity curve for mosquitos is similar to other insects, which means that they are able to perceive ultraviolet rays with wavelengths between 300 to 400 nm.

In simpler terms, this means that UV light attracts mosquitoes because they are able to perceive the rays. The reason why many insect traps use UV light to attract mosquitos is that the neurological encoding of this information allows the insects to perceive day and night.

Do Colors of Clothing Attract Mosquitoes?

Speaking of photoreceptors, it is important to understand that some colors tend to attract mosquitos much more than others.

While it is common knowledge that mosquitoes are attracted to body odor and carbon dioxide, but they are also more attracted to certain colors of clothing.

You might notice that when you sit in the backyard wearing darker colors, there are more mosquitos around you.

Dark colors like black, blue, and brown are more likely to bring mosquitos towards you due to the emittance of heat.

By wearing lighter colors like white or beige, your clothing will be reflecting light, so fewer mosquitos will be able to find you.

If you want to select an outfit for an outdoor gathering in the summer, we recommend opting for lighter colors. By going unnoticed by most mosquitos, you can effectively avoid unwanted mosquito bites.

Have you ever wondered whether the type of bulbs you choose could affect the presence of mosquitos? New research suggests that there is a difference between the number of mosquitos you would attract under different types of light bulbs.

If you are trying to avoid mosquitos at your outdoor gathering, we would suggest staying away from traditional incandescent bulbs.

This type of light mimics the natural light that mosquitoes use to navigate, thus making it easier for them to attack you and your friends with multiple bites.

The best option available would be warm-colored LED lights that produce an orange hue.

Since this type of light imitates the sunlight, most mosquitos will be fearful of dying from dehydration and stay as far away from you as possible.

The research also concluded that warm LED lights were better at repelling mosquitos than typical bug lights that are sold at every departmental store across the country.

According to a study that evaluated the presence of mosquitos in regard to the type of light, the green light was the most attractive for mosquitoes.

This was followed by blue light, which was the second most attractive light for mosquitos.

Since blue lights are more common in households than green lights, it is important to know that blue lights do attract mosquitos.

If you are hosting an outdoor gathering, we would suggest switching out any blue lights for warm LEDs to ensure that your party is mosquito-free.

Bug zappers are a popular way of getting rid of mosquitos. These insect traps use ultraviolet or mercury light to attract mosquitoes and then kill them with a 12-volt electric current.

Most bug zappers are designed with the size of insects in mind, meaning that the space between the lights is enough to trap mosquitoes in the mesh.

As soon as an insect flies in, it becomes stuck to the mesh, where it is then electrocuted to death in an instant. For busy evenings with many guests, bug zappers can help you get rid of up to 10,000 mosquitos.

However, the usefulness of bug zappers is still questionable. Since research suggests that mosquitos are not attracted to ultraviolet light, this insect trap proves rather ineffective.

Instead of attacking the mosquitos, these bug zappers tend to attract other types of non-harmful insects that are killed in the process.

If a majority of the population starts using bug zappers, then the number of non-harmful insects being killed can have a detrimental impact on the entire ecosystem.

A useful alternative to the typical bug zapper is a mosquito trap. Instead of relying on UV light, the mosquito trap emits carbon dioxide that attracts only mosquitos and kills them effectively.

By now, you must have concluded that mosquitos are not necessarily attracted to light. Instead, they are more attracted to carbon dioxide and other odors such as sweat that allows these tiny insects to find humans.

However, if you must have an outdoor gathering in the summer, it might be useful to switch your incandescent bulbs for warm-colored LED lights that are less attractive for mosquitoes.

Instead of placing bug zappers everywhere, opt for mosquito traps that use carbon dioxide because they are a far more effective method of eliminating mosquitoes from your yard or porch.